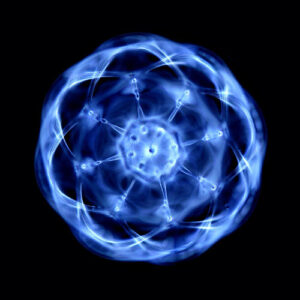 “Geometry is a major factor in the quantum realm, since it represents the natural form that vibration creates in a fluidlike medium. 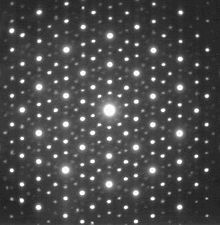 These naturally occurring aetheric vibrations will cause atoms that are released from a tiny nozzle to gather into perfectly geometric microclusters, which act as one large atom in their own right.

These vibrations are also responsible for the formation of quasi-crystals, where a rapidly-cooled metallic alloy forms into a geometric structure that cannot be created by individual “particle” atoms, but only by those atoms blending together into a larger whole.

Again, the key is that these geometric forms are being created by vibration. In order for this vibration to occur, an atom must be constantly absorbing and radiating aetheric energy at the same time. As this vibration continues, the atom will throw off torsion waves into the surrounding aether.

This means that every atom is a torsion generator, and depending on its overall “spin polarization,” i.e. whether there is a greater amount of right-handed or left-handed spin in its electron clouds, the object will either generate left-handed or right-handed torsion waves.” ~divinecosmos.com